You are here:
Home / About

Pimicikamak (pim ih chik uh mak) [Cree]: [the place] where a lake lies across the river, the land surrounding that place, the people that has inhabited that land since time immemorial, the nation comprised of that people inhabiting that land -adj. of or about that place or that land or that people. 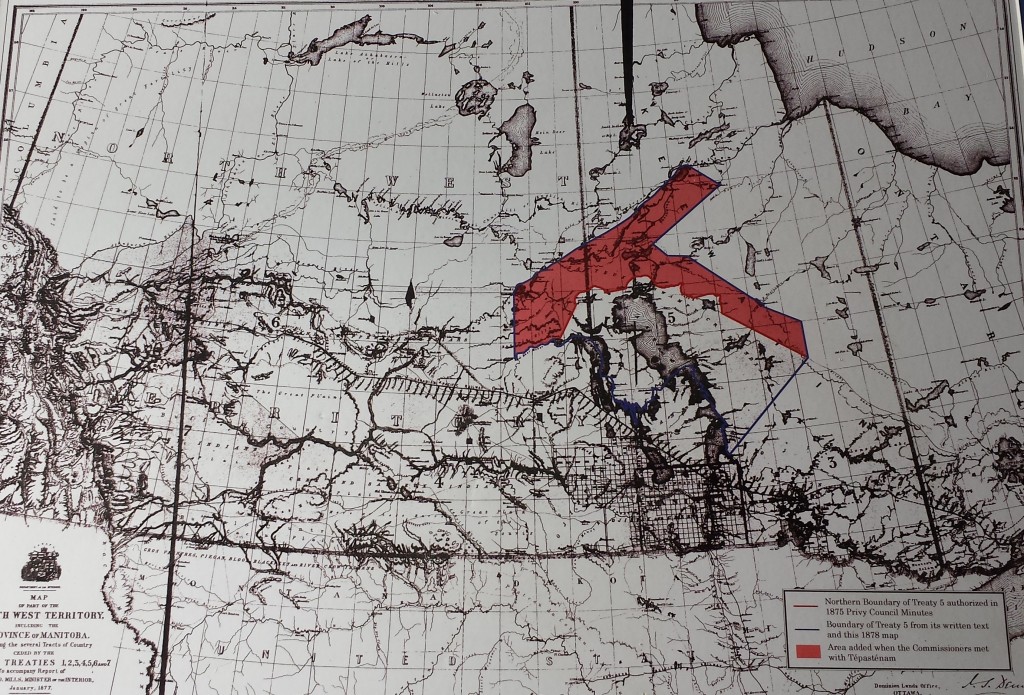 Some may confuse Pimicikamak with Cross Lake First Nation (“the Band”), or even regard it as a new name for the Band. In reality the two are as fundamentally different in almost every way as, say, Canada and Winnipeg.

In the last decade the Pimicikamak unwritten constitution and other customary laws have been updated to meet modern needs. Pimicikamak laws are made by the people, in contrast with Canadian laws, which are made by the Crown. The authority of this people to make its own laws is simply that it always has, and it never surrendered or lost that authority.

Pimicikamak’s two original traditional councils – the Women’s Council and the Council of Elders have a veto over written laws of the nation and have other key roles. To these the Youth Council has recently been added, with the status of a traditional council. It is a powerful force notwithstanding that it has no formal veto over written laws, because youth are a majority of Pimicikamak citizens and Pimicikamak governs itself by consensus.

Pimicikamak Okimawin is a body corporate and politic comprised of the Chief of the Nation, the members of the Four Councils and the Secretary to the Councils. The Four Councils is and meets as a single entity, and determines national policy by consensus.

The Executive Council is a modern innovation. It is responsible for managing the affairs of the nation. It does so by consensus. Its decisions are governed by national policy. (In case it might stray, either the Chief of the Nation or the three traditional councils can call an election at any time; otherwise the Executive Council has a term of up to five years.)

Through the Executive Council, national policy also applies to the Cross Lake Band. The Band no longer holds elections under the Indian Act. The Pimicikamak Election Law prescribes that the Chief of the Nation and the members of the Executive Council are, ex officio, the Chief and the Council of the Band and in that capacity may exercise all of its (very limited) powers under the Indian Act.

Unlike the race-based status and membership provisions of the Indian Act (which discriminate between classes of individuals based on bloodlines), Pimicikamak citizenship is fundamentally based on choice. Before the Supreme Court of Canada struck down the Indian Act rules, Pimicikamak’s Election Law enabled all citizens over 18 to vote without discrimination based on residence.

The Indian Act and Indian and Northern Affairs Canada preside over third-world conditions of poverty, corruption and human despair. Breaking free from this colonial system, Pimicikamak Okimawin has accomplished most of the reforms that the Minister of Indian Affairs is hoping to set in motion through proposed federal legislation. For example, Pimicikamak’s national policy of financial probity has brought the Band back from the brink of bankruptcy and established standards that any government – including Canada’s – could feel proud to emulate.

Cree culture centered on Sipiwesk Lake enabled the ancestors of the Pimicikamak people to adapt to change and to survive since time immemorial. Cross Lake is the modern cultural centre of Pimicikamak. This community of about 6000 people presently is divided into a federal municipality (Cross Lake reserve) which is subject to the federal Indian Act and a provincial municipality governed by a Mayor and Council under the provincial Northern Affairs Act.